Cori, the app from Álava that simplifies diabetes 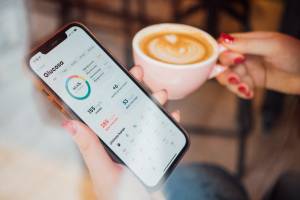 After a year and a half of development, Chubby Apps launched Cori today. An app that helps people with diabetes regain control and motivates them to continue improving day by day.

The app was born during the home confinement caused by COVID-19 in early 2020. “Stress is one of the factors that can alter levels of

Blood glucose; and the uncertainty of that month of March made my diabetes drastically worse, ”explains Asier G. Morato, developer and co-founder of Chubby Apps. “For years Osakidetza has supplied people with diabetes with a biosensor that measures their blood glucose 24 hours a day, the problem was that despite having all Big Data of what was happening in my body it was very difficult to interpret it and take some decision. So we decided to get down to business and develop Cori. ”

As Patricia Bedoya, designer and co-founder of Chubby Apps, explains, Cori has been designed for people instead of doctors: “We take the more than 105,000 glucose data generated by the biosensors per year and display it in a way that anyone person can understand them ”. For this, the app uses techniques such as a traffic light that classifies each glucose measurement by color according to the range it is in; or graphs that analyze the data in real time and display it in an understandable way. “All this scrupulously respecting the privacy of the user, all data is encrypted so that only he can see it,” she concludes.

Since no two people experience diabetes the same, Cori is fully customizable. From the home screen, where users can choose between more than 80 different widget configurations, right down to the app icon itself.

Cori is currently available for iPhone and iPad and can be downloaded for free from the App Store. The Android version will be released in the coming months. To celebrate the launch, the Pro version that unlocks all the features of the app has a 50% discount (€ 19.99 / year).

In recent weeks, Cori has received awards such as the award for the best idea from Álava Emprende; and has been selected for the Innomakers4Health 2021 organized by Pfizer. A hackathon that seeks to “help patients understand, in a visual and understandable way, their pathology and treatment”.

Chubby Apps (https://chubbyapps.com) is a software development studio founded in 2020 by Asier G. Morato and Patricia Bedoya. From Vitoria-Gasteiz they create apps that do not need an instruction manual and that improve people’s lives. All this with a very careful design and respecting the privacy of the users. Since its inception, they have developed apps like Cori, which simplifies the diabetes treatment chubbyapps.com; o SafeTimer, an altruistic project to help overcome the COVID-19 pandemic.

We offer advice in technical,
production and financial matters

We can help you in your search for economic, technological and training resources, with a feasibility study you may need, or in obtaining government grants.

If you are or want to be an entrepreneur,
we offer training that may be of interest to you

We improve the expertise as well as the overall level of quality of professionals who want to improve their qualifications.

We provide spaces for the development of new activities

We have industrial premises and offices available with subsidised rental fees.